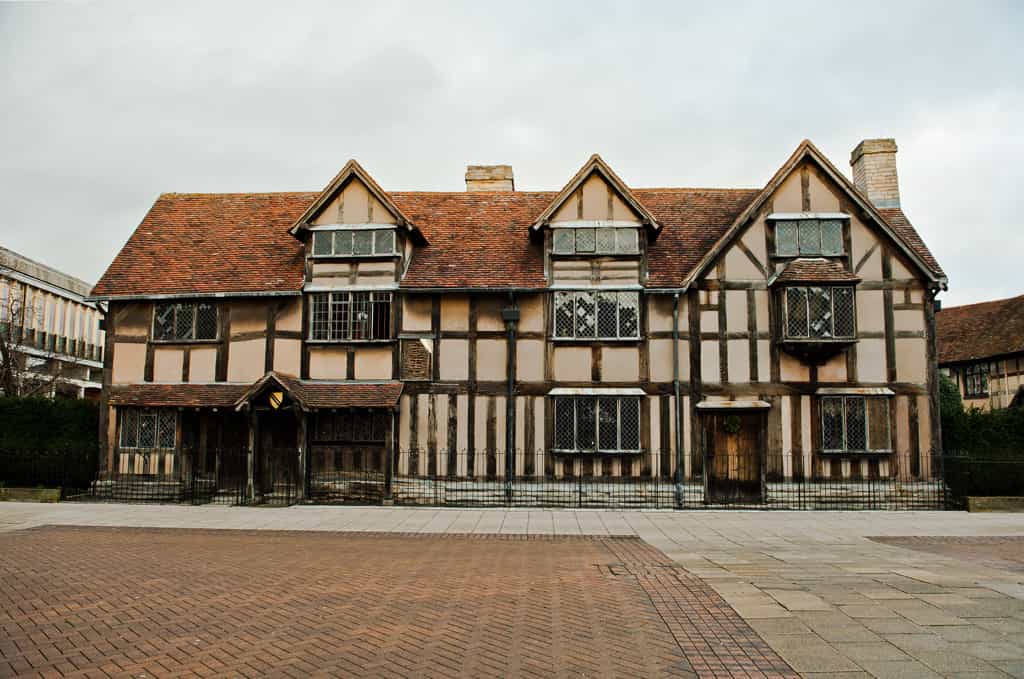 Stratford-upon-Avon lies at the very heart of England. It attracts people not only by its history and connection with William Shakespeare, but also by its wonderful nature and typical English character.

Stratford stands on the river Avon and is one of the oldest market towns. It has still preserved its own character and atmosphere, as you will not see modern buildings there.

The houses are small and lot of them are very old. Some of them date back to Shakespeare's time. Here you can visit Shakespeare's birthplace (it is a museum now), Anna Hathaway's cottage (the early home of Shakespeare's wife), the foundations of the New Place, where Shakespeare lived when he retired and died in 1616 (now there is only a wonderful garden on the place of the house). Just round the corner there is the grammar school that Shakespeare used to attend.

Here in Stratford there is the Holy Trinity Church where William Shakespeare is buried. Thousands of people from all parts of England and foreign visitors come here on Shakespeare's birthday (23rd April) to pay tribute to the great poet. Among other sights connected with the name of Shakespeare there is an interesting monument with a statue of the great poet on top and with characters from his plays round it. And, of course, you should visit the Royal Shakespeare Theatre, a red-brick building standing on the banks of the Avon. It was opened in 1932 as a living memorial to the poet's work. The Royal Shakespeare Company, one of the best known and largest theatre companies in the world, regularly performs here and in the Barbican Centre in London.