The Earth and the Solar System 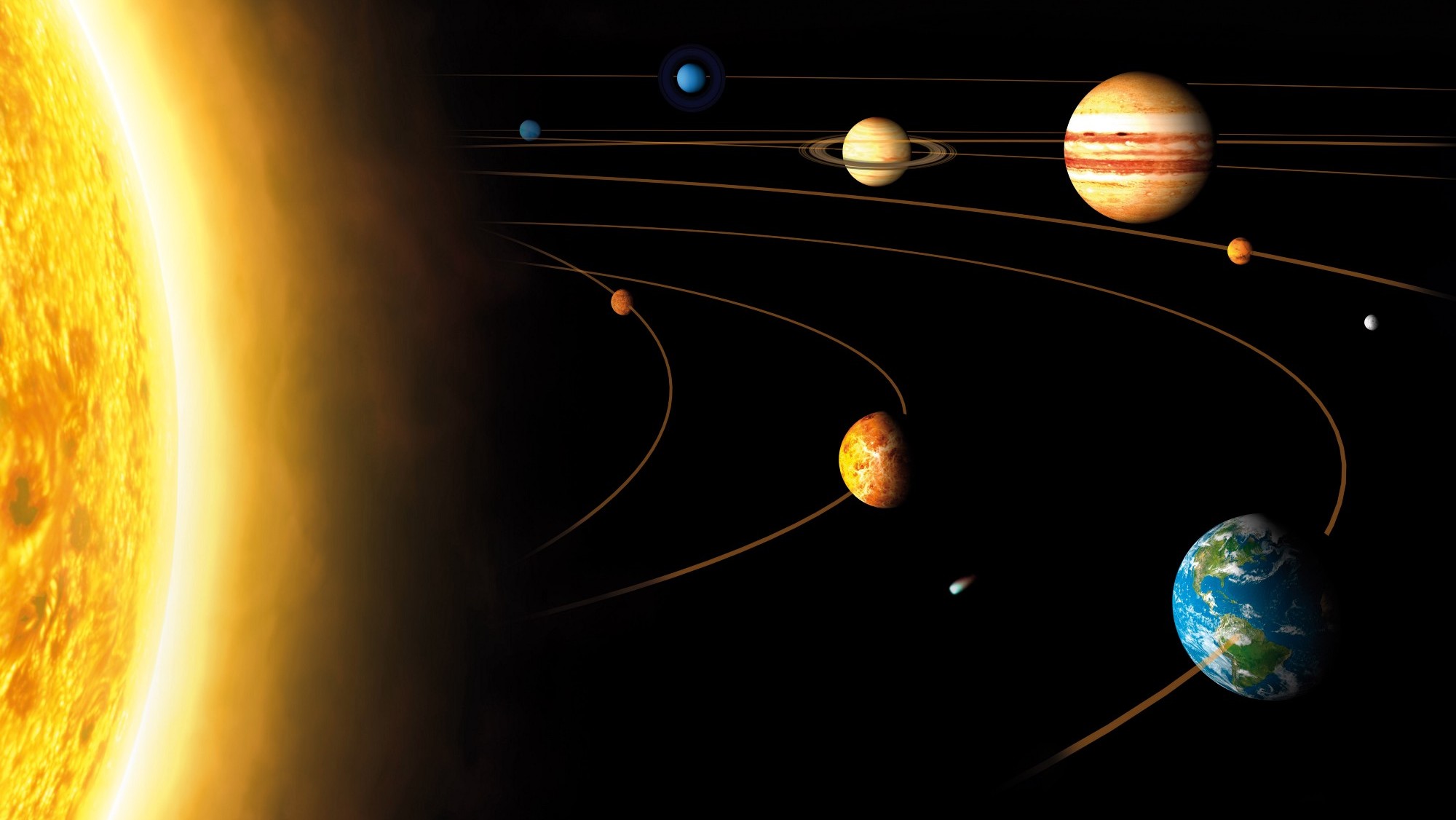 We, humans, live on the Earth. And our planet Earth is surrounded by space. The sky is what we see of space. There are billions of stars and probobly billions of other planets moving through space. Our planet is moving through space too. We live on the surface of our planet Earth. Gravity keeps us here on the Earth. Gravity is an invisible force that pulls things and people toward the center of the Earth. All the other planets, stars and moons have gravity too. Without gravity we would float away into space. The Sun lights up the Earth. The Earth turns around each day. The half of the Earth turned away from the Sun is dark. On that half of the Earth it is night. The half of the Earth turned toward the Sun is light. On that half it is daytime. We, humans beings, have always wanted to know what is out in space. We have created telescopes and spaceships to find out. Astronomers use giant telescopes to study the moon, stars and planets. Astronauts travel in spaceships explore parts of space that are too far away for people to visit. The Sun is really a star. Stars are fiery balls of burning gas. We cannot go to the Sun because it is much too hot. The Sun is a million times bigger than the Earth. It's much closer to the Earth than the other stars. That is why the Sun looks so bright to us. The Sun gives light and heat. We, human beings, would not be alive if there were on sun. Plants and animals could not live either. The Moon is our nearest neighbor in space. The Moon is smaller than the Earth. It moves around the Earth in a path, called an orbit. Astronauts have visited the Moon. A spaceship takes a half days to go from the Earth to the Moon. Mercury is a planet closed to the Sun. It is so hot, that nothing can live here. The spaceship sent back pictures of the surface of Mercury. It has rocks and craters like the Moon's. Venus is the second planet from the Sun. It is the closest planet to the Earth and about the same size as the Earth. You can easily see Venus in the sky without a telescope. But even the strongest telescope cannot see the surface as it is cavered by thick clouds. These cloud are made of acid instead of water. Mars is about half as big as the Earth. You can also see Mars in the sky without a telescope. For many ears people have imagine that there are intelligent humanlike beings on Mars, but there is no breathable are on Mars, so Earthlike beings cannot live there. Saturn is the second largest planet. It has at list 20 Moons. Jupiter is the biggest planet in our solar system. The solar system is a very small part of the Milky Way galaxy, this galaxy may have 2 hundred billions stars.