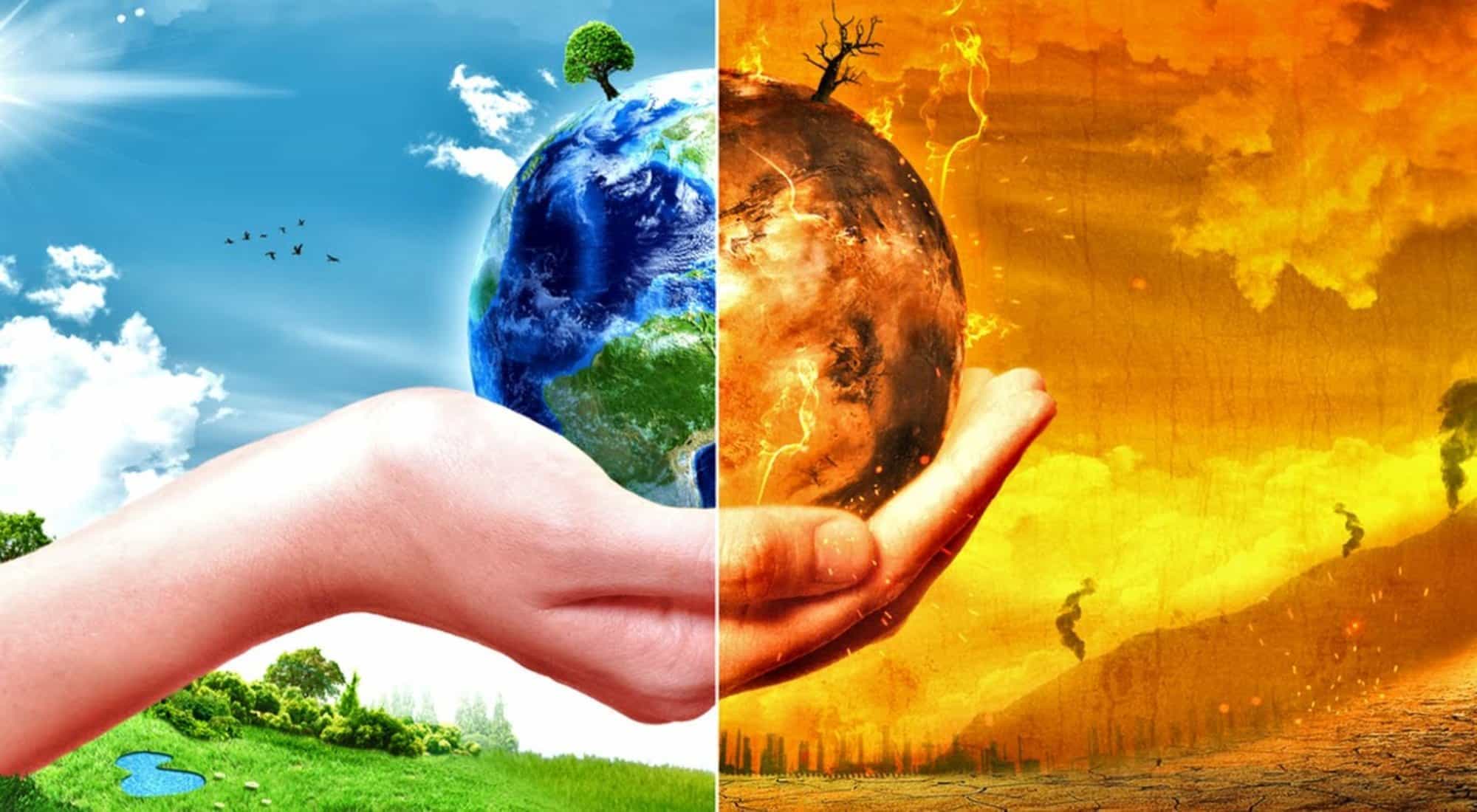 Climate is the weather a certain place has over a long period of time. Climate has a very important influence on plants, animals and humans and is different in different parts of the world. Some scientists think that the world is becomming hotter. If you compare Moscow winter and summer temperatures at the beginning of our century and at its end you will see that climate has really changed. Winters have become warmer. Sometimes there is little snow in January, and there were winters when it rained on the New Year's Eve. Many people say that it is so because of the greenhouse effect. During the last 100 years people have produced a lot of carbon dioxide. This gas in the atmosphere works like glass in a greenhouse. It lets heat get in, but it doesn't let much heat get out. So the atmosphere becomes warmer. Where does the carbon dioxide come from? People and animals breathe in oxygen, and breathe out carbon dioxide. We produce carbon dioxide when we burn things. Trees take this gas from the air, and produce oxygen. But in the last few years, people have cut down and burn big areas of rainforest. This means there are fewer trees, and, of course, more carbon dioxide! As we see the climate in different parts of the world changes a little from year to year. These changes can be dangerous for our planet, which needs protection. Earth is millions of years old, much older than the humans. We know many of its secrets. Yet there is still much to learn.