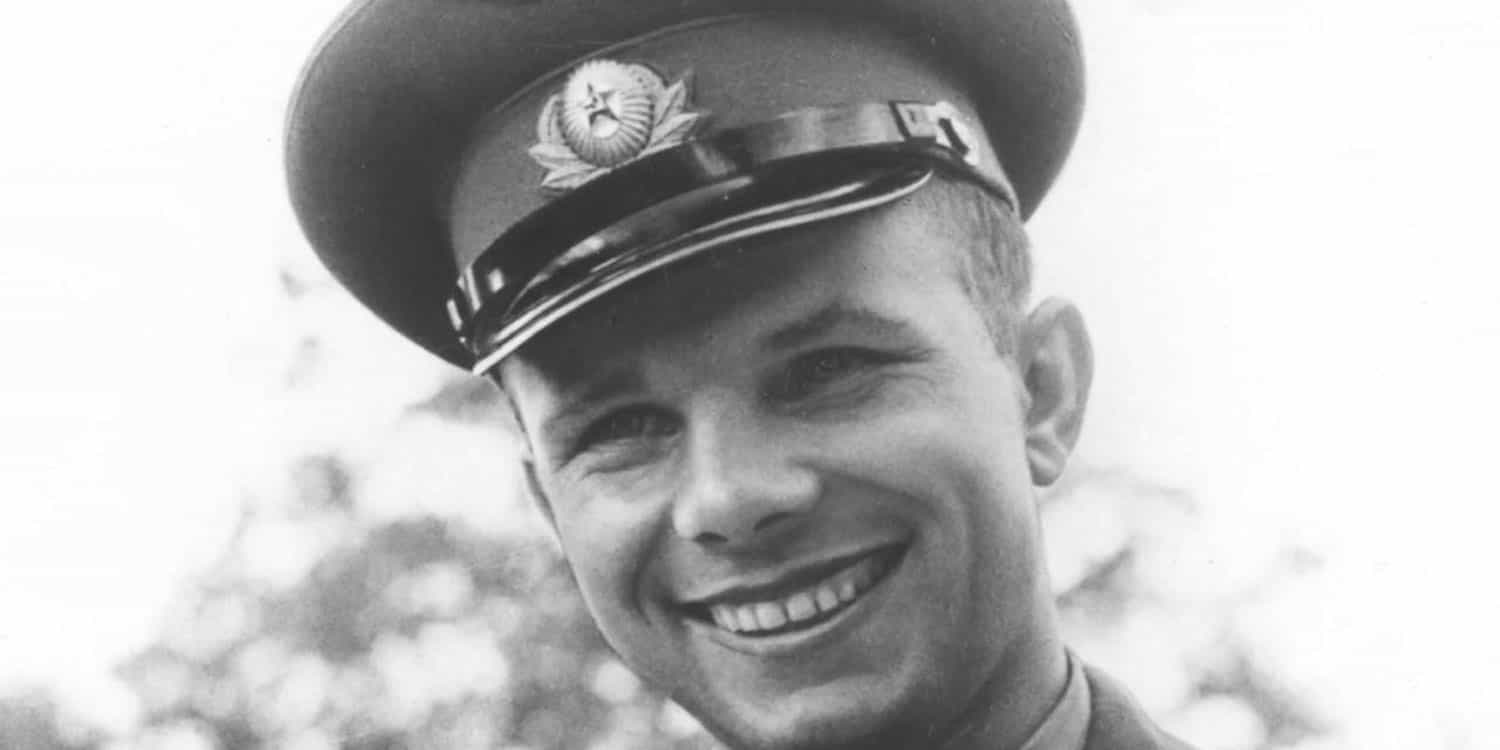 Soviet cosmonaut and first human to fly in space. Gagarin flew into space aboard Vostok 1 on April 12, 1961, and made one orbit of the earth.

Gagarin was born in the Smolensk region of the former Union of Soviet Socialist Republics (USSR). His family was displaced during World War II (1939-1945) and moved to the town of Gzhatsk in the northeastern part of Smolensk. In 1949 Gagarin began his higher education at a manufacturing trade school in Lyubertsy, a town outside of Moscow. In 1951 he trained as a metalworker at the industrial technical school in Saratov, which is southeast of Moscow. While he was in Saratov, he joined a flying club and learned to fly airplanes. His instructor recommended him to the air force, and Gagarin began attending the Soviet Air Force cadet training school at Chkalov (now Orenburg) in Russia in 1955. He graduated from the academy with high distinction in 1957, shortly after the launch of Sputnik 1.

Gagarin applied for the six-week cosmonaut screening process in 1960 with just 230 hours of flying experience. He and 19 others were selected to become cosmonauts. Of these 20 men, 12 eventually completed space flights. Gagarin and fellow cosmonaut Gherman Titov, front-runners in their class, were both contenders for the Vostok 1 flight.

Gagarin was chosen to fly aboard Vostok 1 just four days before the launch date. He boarded the Vostok craft roughly 90 minutes before lift-off on April 12, 1961. On the pad, he listened to piped-in music and received word that he had been promoted to the rank of major. There was at least one delay in the countdown, due to a faulty valve. At 9:07 AM, Vostok 1, using the radio name CEDAR, lifted off for its 108-minute flight. Gagarin was exposed to about six times the normal force of gravity on the earth during the launch phase and about eight times the normal force of gravity during the re-entry. During his one orbit around the earth, he ate and drank (no one had ever done this in weightlessness before), monitored the capsule's systems, and evaluated his ability to observe features on the earth (he had no camera). The capsule's control panels were locked, since everything was either automated or controlled from the ground, but Gagarin had the code to unlock the controls in a sealed envelope in case there was an emergency. Vostok 1 landed in a field near Saratov, observed only by cows and a few peasants. Information that emerged in the late 1980s about the Soviet space program suggests that Gagarin actually bailed out of Vostok 1 at an altitude of about 6 km (about 4 mi) and descended under a parachute separately from the capsule.

A worldwide hero's welcome awaited Gagarin when he returned to Moscow. He was appointed a deputy of the Supreme Soviet, awarded the Order of Lenin, and named hero of the Soviet Union. The fanfare eventually began to subside, and he again became active in cosmonaut training. Gagarin was on the backup crew for Soyuz 1 and reportedly was a leading candidate for the planned Soviet piloted lunar landing. He was killed on a routine jet proficiency flight in March 1968.

Gagarin's ashes were interred in the Kremlin wall. He and his historical flight are remembered officially in many ways. A titanium obelisk, which reaches a height of 40 m (120 ft), was erected at the Vostok 1 landing site. The town of Gzhatsk was renamed Gagarin. A crater on the far side of the moon is named for Gagarin. Also, the main center for cosmonaut training at Star City, Russia, is called the Gagarin Cosmonaut Training Center.