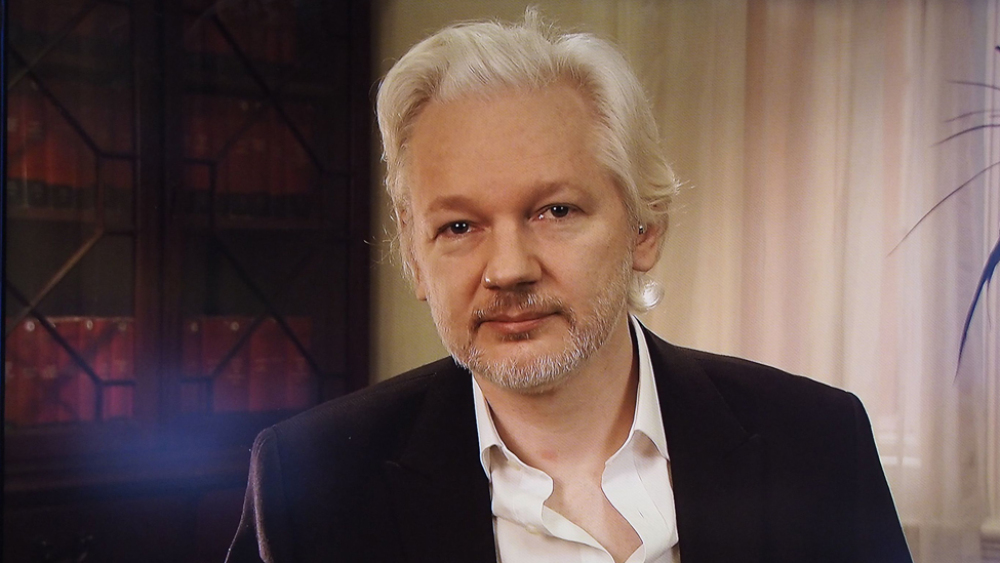 Julian Assange came to international attention as the founder of the whistle-blowing website WikiLeaks.


Who Is Julian Assange?

Born on July 3, 1971, in Townsville, Australia, Julian Assange used his genius IQ to hack into the databases of many high profile organizations. In 2006, Assange began work on WikiLeaks, a website intended to collect and share confidential information on an international scale. For his efforts, the internet activist earned the Time magazine "Person of the Year" title in 2010. Seeking to avoid extradition to Sweden over sexual assault allegations, Assange has remained at the Ecuadorian embassy in London since 2012. In 2016, his work again drew international attention when WikiLeaks published thousands of emails from U.S. presidential candidate Hillary Clinton and the Democratic National Committee, an effort believed to have impacted that year's presidential election.

Journalist, computer programmer and activist Julian Assange was born on July 3, 1971, in Townsville, Queensland, Australia. Assange had an unusual childhood, as he spent some of his early years traveling around with his mother, Christine, and his stepfather, Brett Assange. The couple worked together to put on theatrical productions. Brett Assange later described Julian as a "sharp kid who always fought for the underdog."

The relationship between Brett and Christine later soured, but Assange and his mother continued to live a transient lifestyle. With all of the moving around, Assange ended up attending roughly 37 different schools growing up, and was frequently homeschooled.

Assange discovered his passion for computers as a teenager. At the age of 16, he got his first computer as a gift from his mother. Before long, he developed a talent for hacking into computer systems. His 1991 break-in to the master terminal for Nortel, a telecommunications company, got him in trouble. Assange was charged with more than 30 counts of hacking in Australia, but he got off the hook with only a fine for damages.

Assange continued to pursue a career as a computer programmer and software developer. An intelligent mind, he studied mathematics at the University of Melbourne. He dropped out without finishing his degree, later claiming that he left the university for moral reasons; Assange objected to other students working on computer projects for the military.

In 2006, Assange began work on WikiLeaks, a website intended to collect and share confidential information on an international scale. The site officially launched in 2007 and it was run out of Sweden at the time because of the country's strong laws protecting a person's anonymity. Later that year, WikiLeaks released a U.S. military manual that provided detailed information on the Guantanamo detention center. WikiLeaks also shared emails from then-vice presidential candidate Sarah Palin that it received from an anonymous source in September 2008.

In early December 2010, Assange discovered that he had other legal problems to worry about. Since early August, he had been under investigation by the Swedish police for allegations that included two counts of sexual molestation, one count of illegal coercion, and one count of rape. After a European Arrest Warrant was issued by Swedish authorities on December 6, Assange turned himself in to the London police.

Following a series of extradition hearings in early 2011 to appeal the warrant, Assange learned on November 2, 2011, that the High Court dismissed his appeal. Still on conditional bail, Assange made plans to appeal to the U.K. Supreme Court.

According to a New York Times article, Assange came to the Ecuadorean Embassy in London in June 2012, seeking to avoid extradition to Sweden. Nearly two months later, in August 2012, Assange was granted political asylum by the Ecuadorean government, which, according to the Times, "protects Mr. Assange from British arrest, but only on Ecuadorean territory, leaving him vulnerable if he tries to leave the embassy to head to an airport or train station." The article went on to say that the decision "cited the possibility that Mr. Assange could face 'political persecution' or be sent to the United States to face the death penalty," putting further strain on the relationship between Ecuador and Britain, and instigating a rebuttal from the Swedish government.

In August 2015 the lesser sexual assault allegations from 2010 — with the exception of rape — were dropped due to statute of limitation violations by Swedish prosecutors. The statue of limitations on the rape allegations will expire in 2020.

In February 2016, a United Nations panel determined that Assange had been arbitrarily detained, and recommended his release and compensation for deprivation of liberty. However, both the Swedish and British governments rejected those findings as non-binding, and reiterated that Assange would be arrested if he left the Ecuadorian embassy.

On May 19, 2017, Sweden said it would drop its rape investigation of Julian Assange. “While today was an important victory and important vindication, the road is far from over,” he told reporters from the Ecuadorian Embassy in London. “The war, the proper war, is just commencing.”

Assange still faced a warrant in Britain for failing to appear in court, and the U.S. Justice Department said it was reconsidering whether to charge him for revealing classified information.

Assange was granted Ecuadorian citizenship in December 2017, but his relationship with his adopted country soon soured. In March 2018, the government cut off his internet access on the grounds that his actions endangered "the good relations that the country maintains with the United Kingdom, with the rest of the states of the European Union, and other nations."

Assange and WikiLeaks returned to the headlines during the summer of 2016 as the U.S. presidential race was narrowing to two main candidates, Democrat Hillary Clinton and Republican Donald Trump. In early July, WikiLeaks released more than 1,200 emails from Clinton's private server during her tenure as secretary of state. Later in the month, WikiLeaks released an additional round of emails from the Democratic National Committee that indicated an effort to undermine Clinton's primary opponent, Bernie Sanders, leading to the resignation of DNC chairperson Debbie Wasserman Schultz.

In October, WikiLeaks unveiled more than 2,000 emails from Clinton campaign chair John Podesta, which included excerpts from speeches to Wall Street banks. By this point, U.S. government officials had gone public with the belief that Russian agents had hacked into DNC servers and supplied the emails to WikiLeaks, though Assange repeatedly insisted that was not the case.

On the eve of the election, Assange released a statement in which he declared no "personal desire to influence the outcome," noting that he never received documents from the Trump campaign to publish. "Irrespective of the outcome of the 2016 U.S. Presidential election," he wrote, "the real victor is the U.S. public which is better informed as a result of our work." Shortly afterward, Trump was declared the winner of the election.

Rumors of a relationship between Assange and actress Pamela Anderson surfaced after the former Baywatch star was spotted visiting the Ecuadorian embassy in late 2016. "Julian is trying to free the world by educating it," she later told People. "It is a romantic struggle — I love him for this."

In April 2017, Showtime announced that it would air the Assange documentary Risk, which had premiered at the 2016 Cannes Film Festival but updated with events related to the U.S. presidential election.